Receptivity is a very interesting principle.  It is absolutely essential to understanding art and life.  My experience is this.  I began my art appreciation journey by approaching everything with a conceptual bias.  This bias was sub conscious.  In other words I saw everything with this conditioned viewpoint, based on a lot of built up experience and what I would call bad education.
For example, where did this phrase 'if you like it, it is good' come from?  I imagine that I must have heard that too many times to count as I was growing up, and mostly with regards to art.  I imagine that it was the best that most elementary school teachers and/or parents could come up with, given their own lack of background on the subject as well.  What else was possible?
This all points to the principle of how we are conditioned and educated in this culture.  I have been listening to a talk by Marshall Rosenberg on his work with non-violent communication.  He said at one point that all through his 20 odd years of education, no one ever asked him how he felt!
Back to the principle of receptivity.  So I struggled to understand what it was about Antonio's contemporaneous work that made it so compelling to me.  I can remember this one painting he had done that he loaned me.  There was this certain quality it had that totally mystified me.  I looked and looked.  I had my attention on this thing for hours.  Now I can't remember what exactly I figured out during that time, however, I had never put my attention on anything with such concentration for such a long period of time.  The point being that art can definitely be an aid and focus in meditation and contemplation.

Around the same time time I began to understand the principle of receptivity.  My consciousness shifted from being grounded in the intellect to being more centered in the feeling/intuitive mind.  What I noticed , finally, that there was this space that was there whenever I looked at one of Antonio's works, that would almost immediately be overtaken by intellectual peregrinations.  AS I noticed this, the space between the initial perception and the intellect became larger, until finally I had this breakthrough where the intellectual/conceptual just fell away.
This space was receptivity itself. And here it is in a nutshell,  You can struggle intellectually to discover and uncover meaning and of course that has value, but by being open and receptive, you will find that the meaning will arise from that receptivity in an almost miraculous way.  This meaning will inform a judgement that is not based on concept or intellect, but it will be a more accurate and true judgement based on direct experience.  This can be a bit scary initially because you are no longer relying on intellectual resources and this subconscious pigeon holing that the intellectual mind seems to revel in.  Rather you are now relying on the deeper intuitive resources of mind and self.  And, if art were simply an intellectual/conceptual/technical endeavor then we certainly would lose most of the great art expressed by so many of the great artists through out our meagre history on this planet.

There are always threads of discussion possible leading out from this. 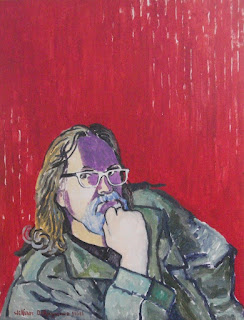 You are the sky. Everything else– it's just the weather. —Pema Chödrön 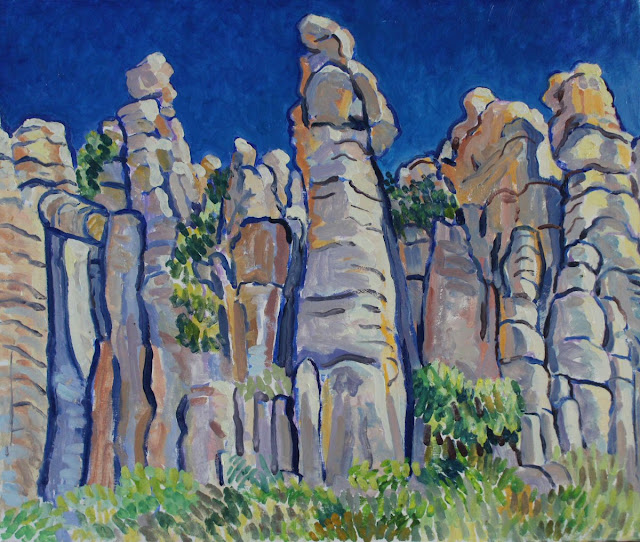